People with Sleep Apnea experiences pauses in breathing because the passage airway is being blocked. With continuous interruption in breathing, the body wakes up many times throughout the night leaving the patient feel tired in the morning. When sleep apnea occurs, the brain and body don’t get enough oxygen while sleeping. 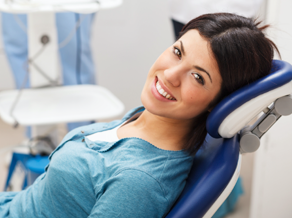 OBSTRUCTIVE SLEEP APNEA (OSA)
Obstructive sleep apnea is a common type of apnea. When the soft tissue in the back of the throat collapses during sleep, it limits the air that reaches the lungs which will repeatedly block the upper airway.

CENTRAL SLEEP APNEA (CSA)
Central sleep apnea, unlike OSA, there is no blockage of airways, but the brains fails to signal the muscles to breathe. The condition occurs when there is an instability in the respiratory control center.

Treatments for sleep apnea depends on the type of the apnea and severity of the case. Primary treatments could be done which may simply be behavioral like adjusting the diet or losing weight, avoid smoking or the change in sleeping position. If these basic treatment will not work, devices can be used in the mouth to prevent throat blockage. In serious cases, surgery must be considered.

If you’re suffering from sleep apnea, book your appointment immediately at (248) 266-8581. We offer Sleep Apnea Treatment in Farmington. You can also visit us at Roman Shlafer, DDS, 31930 Grand River, Farmington, MI 48336. Our passionate team is ready to help you get a good night’s sleep.