Way back to ancient times until today, people seek to improve their teeth’s appearance and functionality. In doing so, many alternatives emerged and took people away. Because of curiosity, they had tried several types of teeth replacement DIYs and substitutes as well. Ancient people did the treatment using the simplest to the most complex and cringe-worthy methods. Who would have known that dentures existed before? That’s right. Compared to before, dentures had become less common to most people of today’s time for there are now various dental procedures to choose from.

For some who do not wear dentures, there might be a lot of things that would pop into their mind when hearing the word “denture.” Some may think of their grandparents’ false teeth, and some would recall certain embarrassing moments they’d experience first-hand. As Halloween is fast approaching, we at Roman Shlafer, DDS would like to share some historical facts about dentures. Other than that, we just wanted to increase our patients’ self-confidence by replacing their missing teeth. 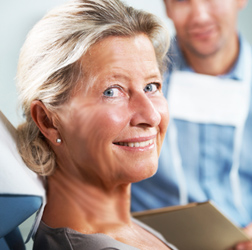 The Odd History of False Teeth

The oldest denture ever recorded dates back to 2500 BC in Mexico. Excavators believed that ancient dentures were made of wolve’s molars. Although it was a great discovery, they were not able to confirm the specific animal origin of the false teeth.

The Etruscan civilization was known for their wealth during ancient times. Aside from that, they were also quite famous for their advancements in medicine, science and dental care. At around 700 BC, they had found an idea and figured out a better way to replace lost teeth. Their method included the use of gold wires to hold false teeth, which were often from humans or animals.

During the 16th century, Japan invented wooden dentures by using softened beeswax to make the impression of the person’s teeth. After that, an artisan would carve teeth by hand to match the impression taken. Then, the new teeth are set on a soft mouth guard, which are made of beeswax.

Porcelain in the Scene

During the 18th century, France was making a huge advancement in technology. Pierre Fauchard wrote about crafting false teeth from wire brackets and hand-carved animal bone in 1728. Another important persona was Alexis Duchâteau, the one who made the first porcelain dentures. Although they made aesthetically pleasing dentures, the pure porcelain dentures were prone to chipping and cracking, which did not last.

Claudius Ash, a jeweler, and a goldsmith made an advancement in denture knowledge in 1820. He mounted the porcelain on 18-karat gold plates with gold springs and swivels. This type of porcelain denture worked well and provided a natural look.

Today, dentures are laboratory-crafted with a combination of porcelain and durable materials. Roman Shlafer, DDS offers full and partial dentures, as well as Turbyfill dentures.

To know more about Dentures in Farmington, MI, contact Roman Shlafer, DDS. Our entire team looks forward to meeting you soon. Let us help you achieve your best full-teeth smile in no time!